I recently just competed in my first trail triathlon.  I have wanted to compete in an endurance race for a couple of years now and finally had some motivation to do it.  The course consisted of a mile swim in open water, followed by an 18-mile mountain bike ride with 3500 feet of elevation gain, and finishing with a 6-mile trail run.

My training for this race was kind of a mess.  I had no real training regiment.  I made sure that I did some sort of aerobic activity 4 to 5 days a week.  I would also mix strength training 2 to 3 days a week.  At the beginning of my training I was doing single activity days that would consist of either swimming 1 mile, running any where between 3 and 6 miles, and mountain bike riding between 10 and 20 miles.  As I progressed I concentrated on trying to do multiple workouts in a day.  Some of these days would include a 15-mile bike ride and a 6-mile run, or a mile swim with a six mile run.  Some days I would swim in the morning and then do strength training in the evening.  During the peak of my training I mixed in some really long 17 to 23 mile mountain runs to work on my ability to suffer for an extended period of time. I also would try to go on long mountain bike rides as well.  In actuality, the training was pretty fun because I got to go play outside all the time and call it “training.”

Also in preparation for the triathlon, I decided to compete in both the biking and trailing running events in the Teton Pass Kicker on Phillips ridge.  I did the 25-mile bike ride on Saturday and the 13-mile trail run on Sunday.  I am glad I competed in these events in preparation because I was able to gauge what my fitness level actually was compared to other athletes and I was able to figure out how to compete in an endurance race without completely bonking at the beginning.

Some noteworthy moments during training include my first swimming experience at the rec center when I almost drown, my first multiple activity day when I thought my legs were going to collapse, and trying to “run up” the middle and the south Teton on a few hours of sleep completely exhausted from training days prior.

Some noteworthy moments during the race include simply finishing the swim, getting a flat tire at the beginning of the bike ride and then sprinting for 15 miles on my bike try to catch up with everyone, and eating so much fried chicken after the race was over. 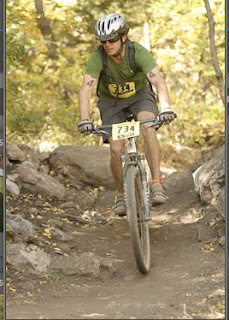 Thanks to Wright Training for the support and making me strong.  Throughout the race there was a little voice in the back of my head that was saying, “oh you’re tired?  Shut up and keep going.  I tell you when you can stop”.   For some reason that voice sounded a lot like Crystal’s.

Training for the Mongol Derby with Deirdre Griffith
July 15, 2022